In general I’d say that the more tattooed you become, the more important the skin you have left begins to feel as you watch it slowly disappearing. The weekly sessions you once looked forward to seem less of a priority, the excitement / rushing subsides and your mind (maybe even subconsciously) choses to think a lot more about your next tattoo.

This tattoo is my first in a while and has been 10 years in the making…but that’s another story! 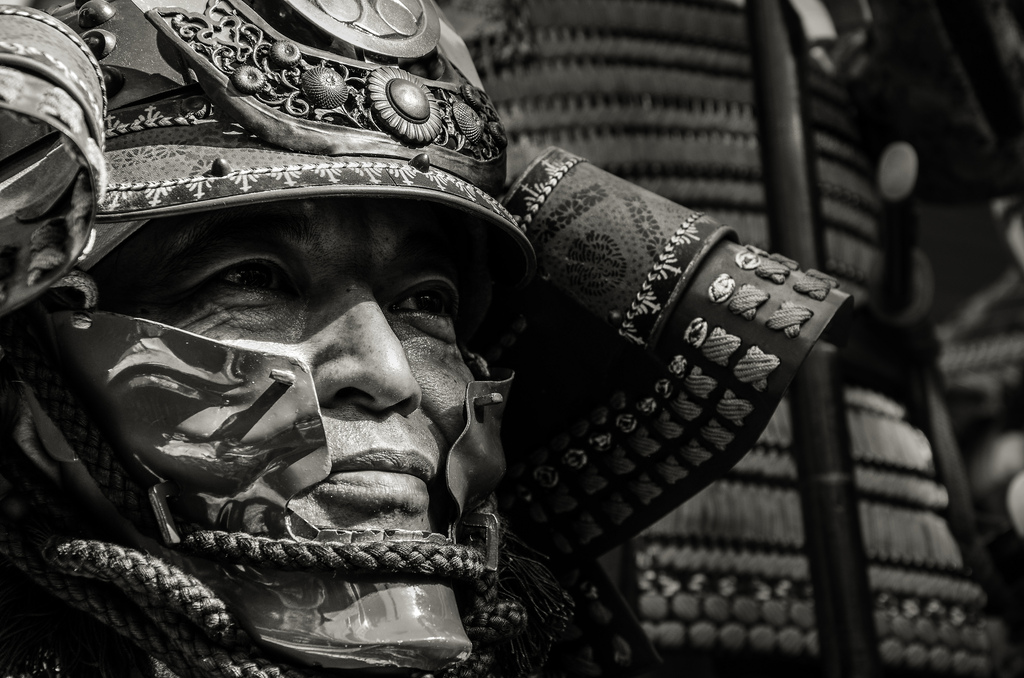 A close friend of mine is very knowledgable on the Samurai way of life. They have unbreakable morals, codes of practice and self belief. All things very relatable to myself and the Jilted way of life that I push.

A CODE OF HONOUR…known of by all but (these days) upheld by few!

He introduced me to their lifestyle a few years back and at least once every few weeks I’ll come across and send him something Samurai related. (As I did on this day!) 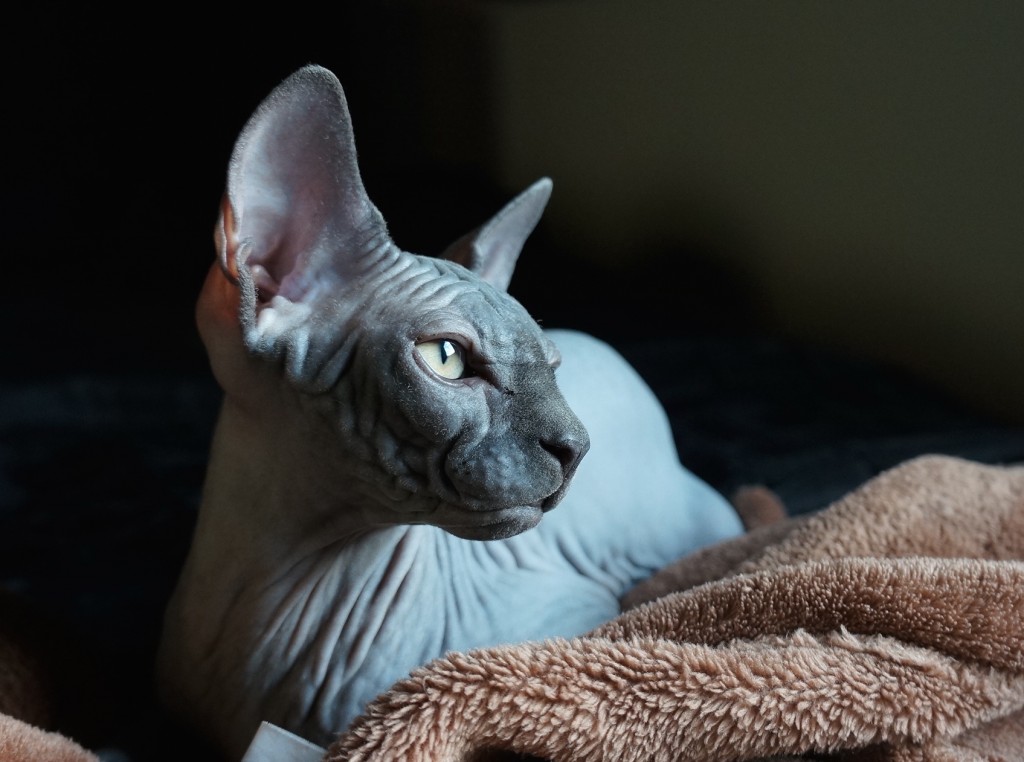 For the past few years I’ve wanted a sphynx, but due to the hectic life/work schedule I have lived by it was impossible for me to give one the time they need.

A few months ago a close friend called on me from hospital in his moment of need. The following day I was at his bedside.
Within 24 hours of seeing him and knowing how much he needed me I had cancelled my ready made plans to go live, relax & work out of ibiza throughout the season.
I added pressure to my partners by asking them to do my share of work in our companies.  I put my personal life on hold and selflessly offered my life to him for as long as was needed until his rehabilitation was complete and his life was back on track.
(Something I would of done for anyone I hold close and also things similar to what I have done for others in the past…without friends you are a very poor man!)

It took three months for true colours to show themselves and for the situation to collapse. Three months and thousands spent that I will never get back, but also a situation that I wouldn’t change even if I could.
I always try to find a positive from every negative situation and this was no different.
Just another spineless dog ticked off the s**t list, rather now than later…a blessing in disguise! 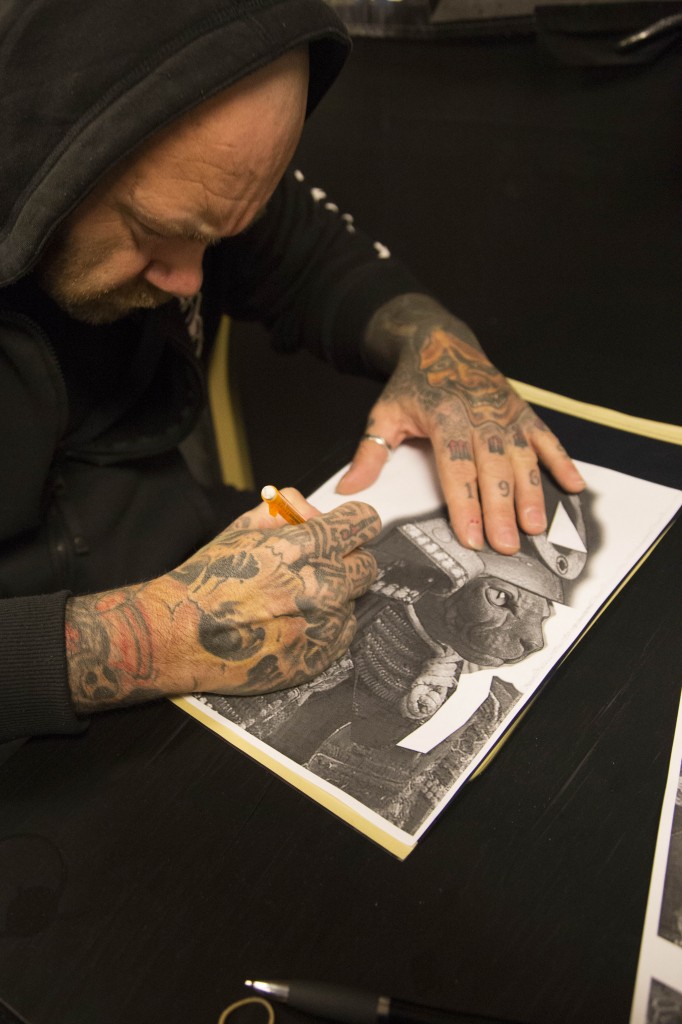 The situation collapsing made me take a step back and look at many other occasions/situations/people I’ve allowed into my life over the years that were not in it for the same reasons as I was. People that had ulterior motives and were in the situation for their own personal gain (In whatever way that may have been).

It also made me think about the fact I spend so much time fixated on working towards certain goals, that I often get tunnel vision and become blinded to all that surrounds me.
When I am trying to be successful and achieve a certain goal things can become very intense. I am travelling down a path yet I neither enjoy what I’m doing nor take in any of the experiences happening right in front of me!

People ask me things like… “What’s your favourite country? Where’s the best hotel you’ve stayed? Who’s the nicest person’ you’ve met?” etc.
The honest answer is: I have no idea…and the reason for that is simple: I have travelled the world (more than once) and seen f**k all!

I always used to travel places with an insanely unreailistic to-do list that needed executing on an even more unrealistic timeframe. Because I’m a machine I’d almost always pull it off, but it also meant that I’d seen nothing of the country I was in except the place I’m working at and the hotel room I was  (literally) crashing in.

I’d forget all the beauty I’d witnessed throughout the day and the names of any amazing people I’d met, simply  because I was fully focussed on the job in hand = WORK! 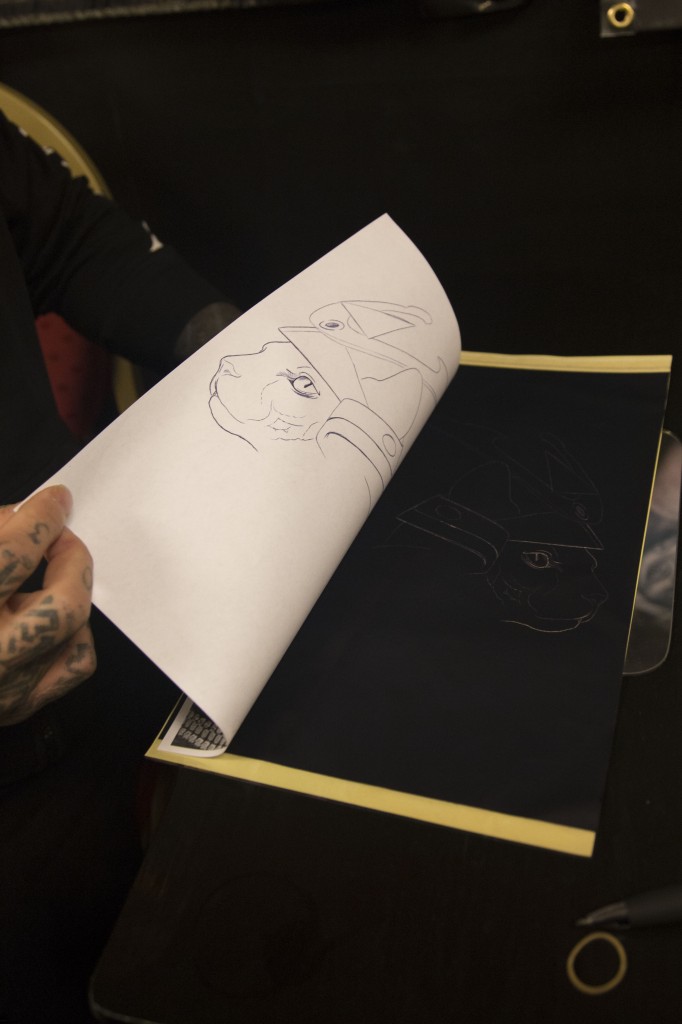 The blessing in disguise from the above, are all the things that I have made happen in the time gained since leaving the recent situation. Including that I no longer having the responsibility of a huge workload and basically having freedom of choice and my own life back. All details I don’t need to go into, they will show themselves publicly in good time.

It may seem ‘soft’ to some people, but for me the most personal thing to come of this, something more important than any business situation, is allowing myself the time needed to finally get my cat: Read.

The past few years I’ve become very in touch with my mind and body. You get back what you give out as the laws of attraction are always at work…Everything Is Energy!
So for me the timing of this situation is no surprise and couldn’t of been more perfect:

- My personal awakening on the prioritising of those I give my time, energy & love.
- Friend & Artist I’ve waited for 10 years to tattoo me again randomly turns up in my town.
- The perfect alignment of many elements, adding to why I found the exact rare cat I wanted.
- The above situation bringing together the mixed meanings of the tattoo itself.
- Samurai morals & loyalty.
- The selfless love me & this little man share.
(a level of intelligence he shows that overshadow many humans I have wasted time on) 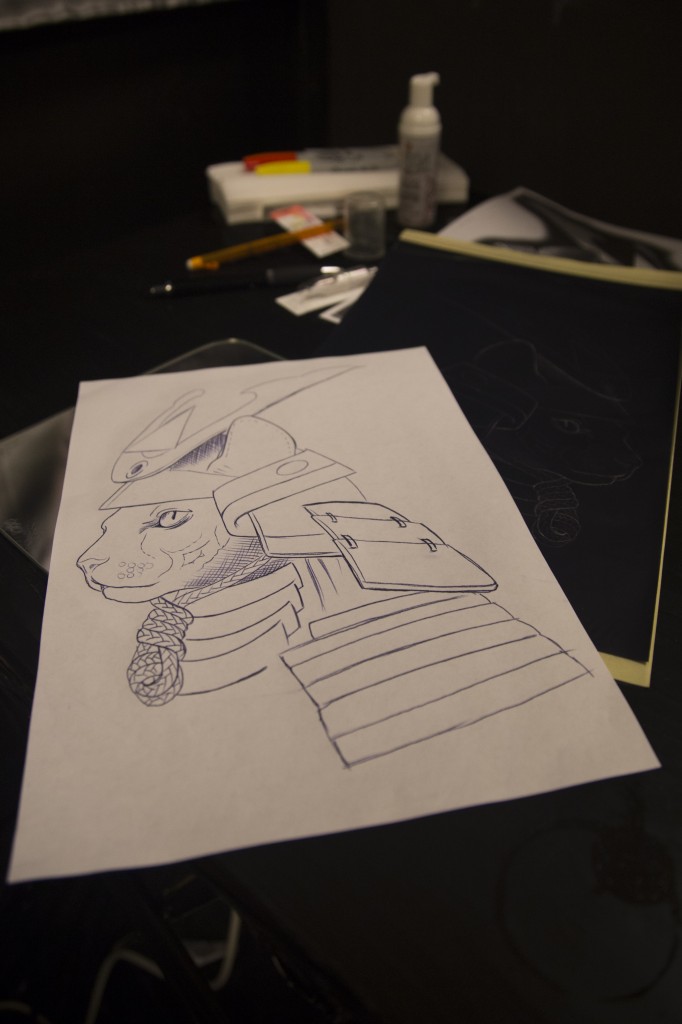 From top top to bottom it has all happened when it was meant to happen,
not a moment too soon or too late! 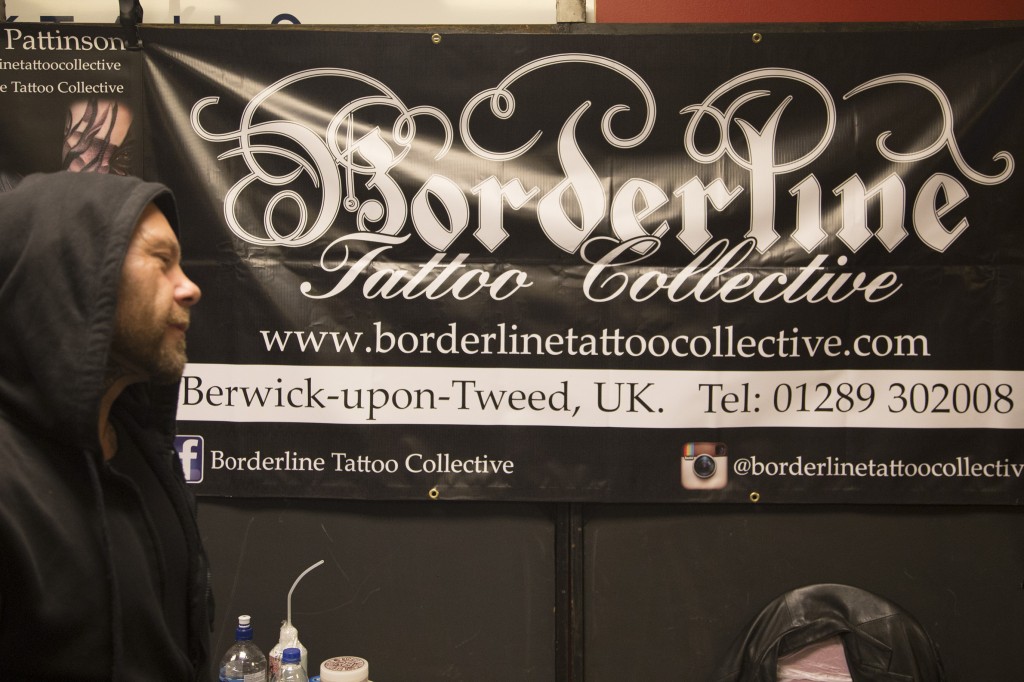 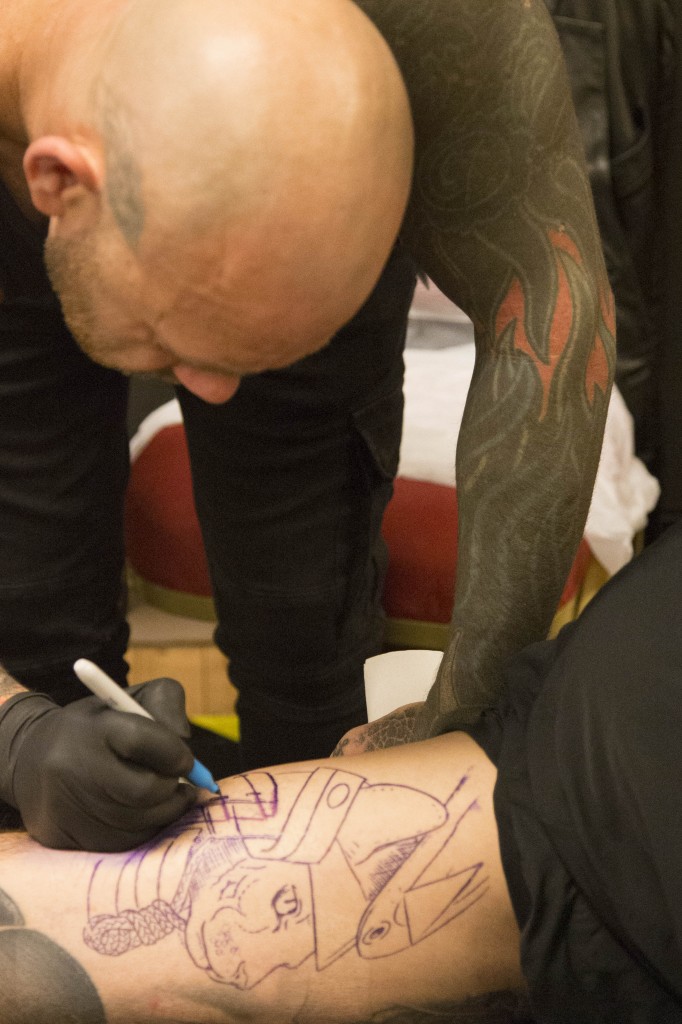 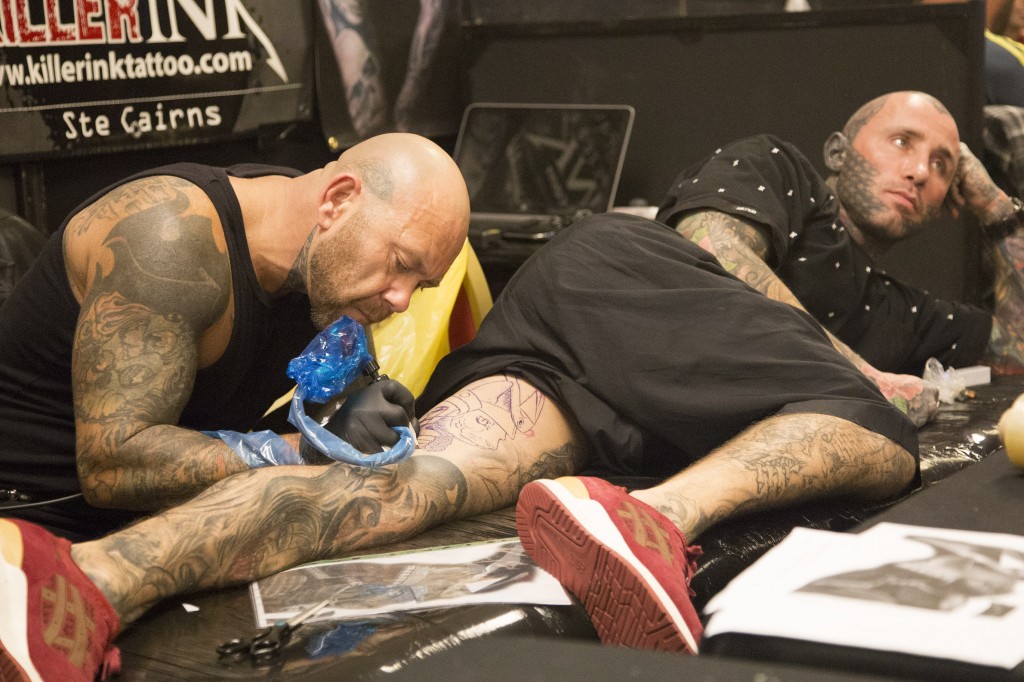 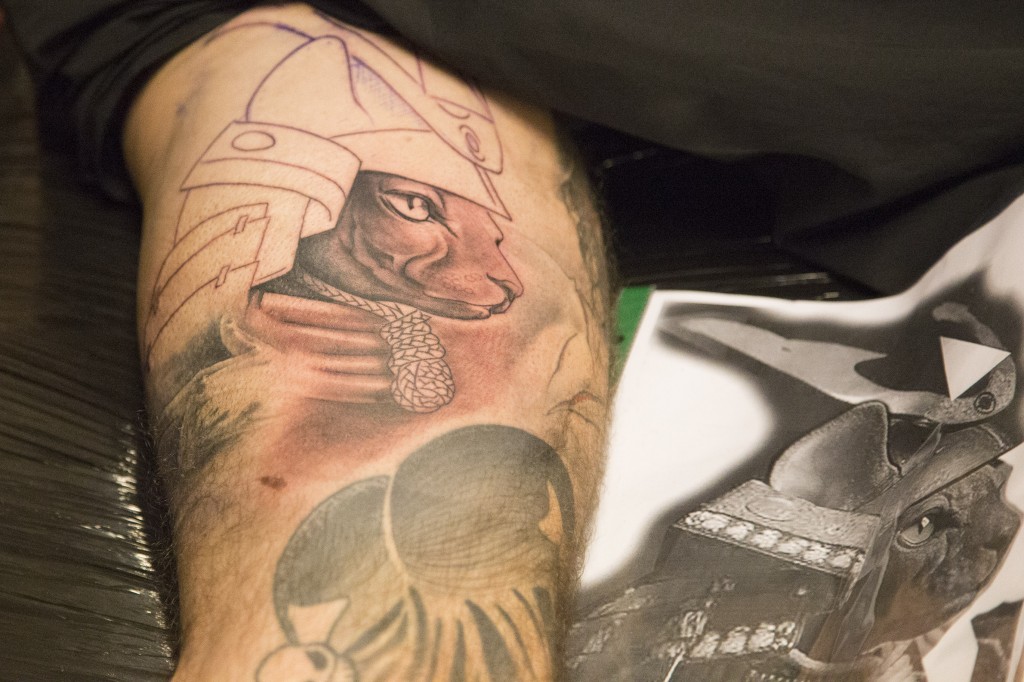 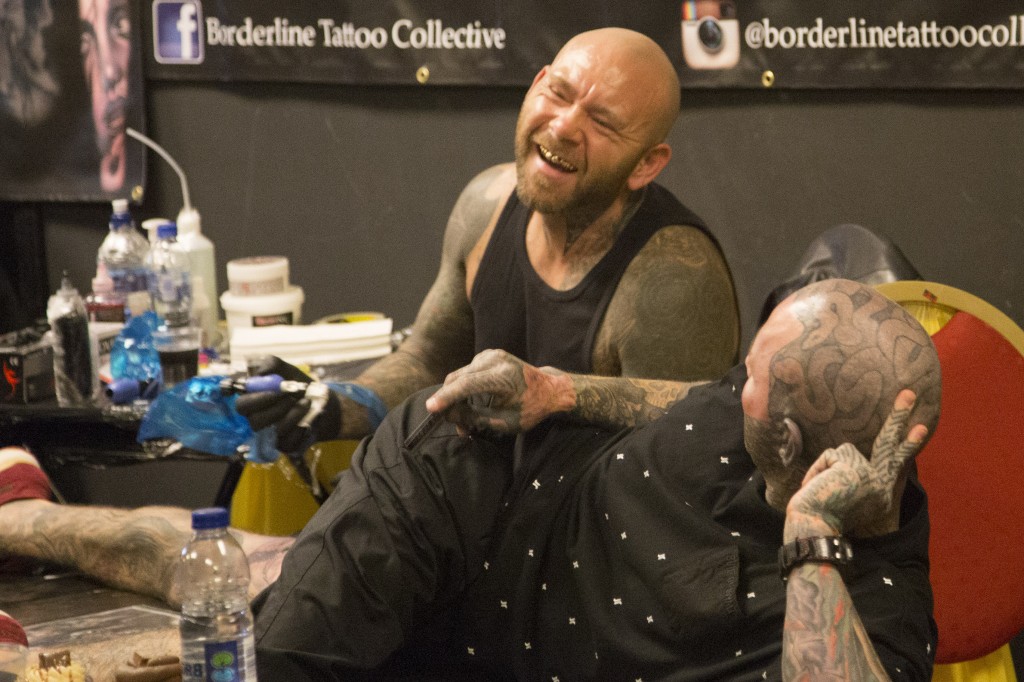 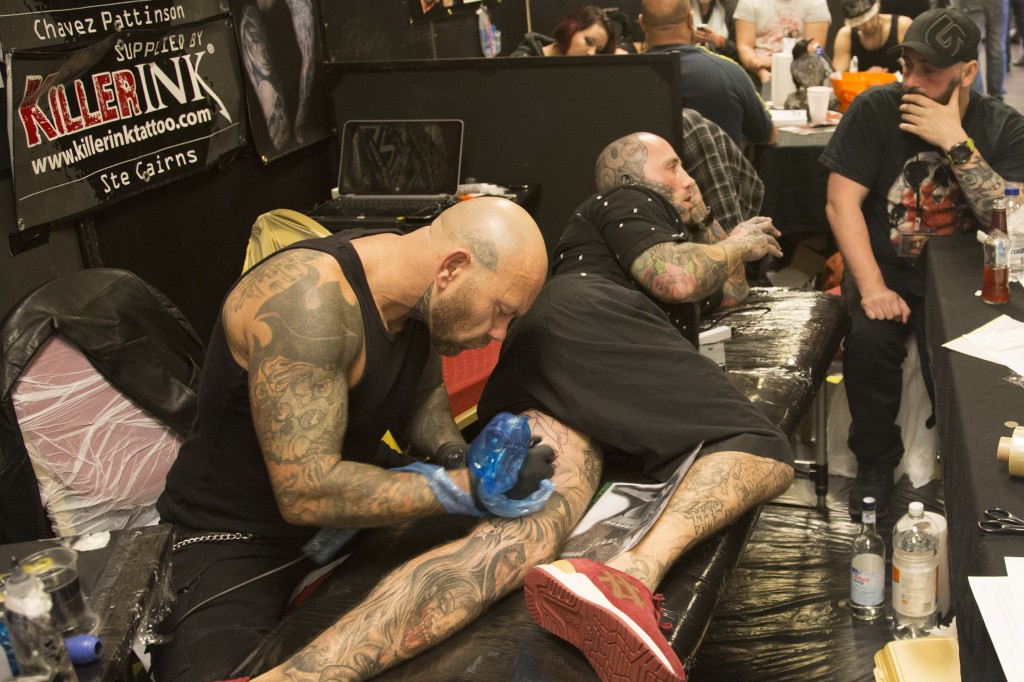 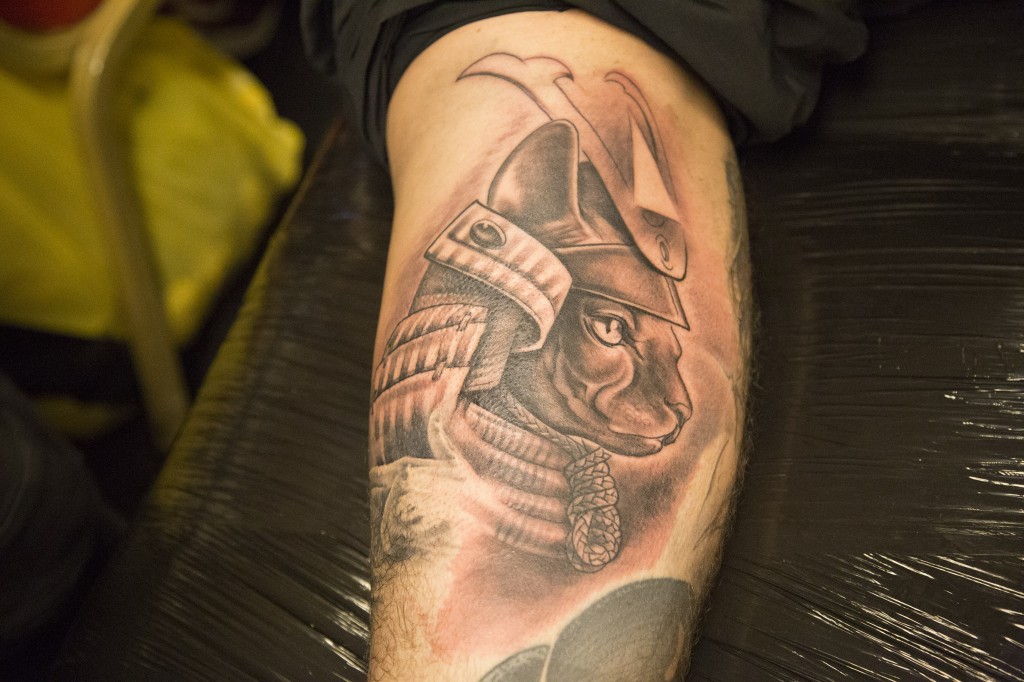 Thanks to Chavez for his Photoshop skills. 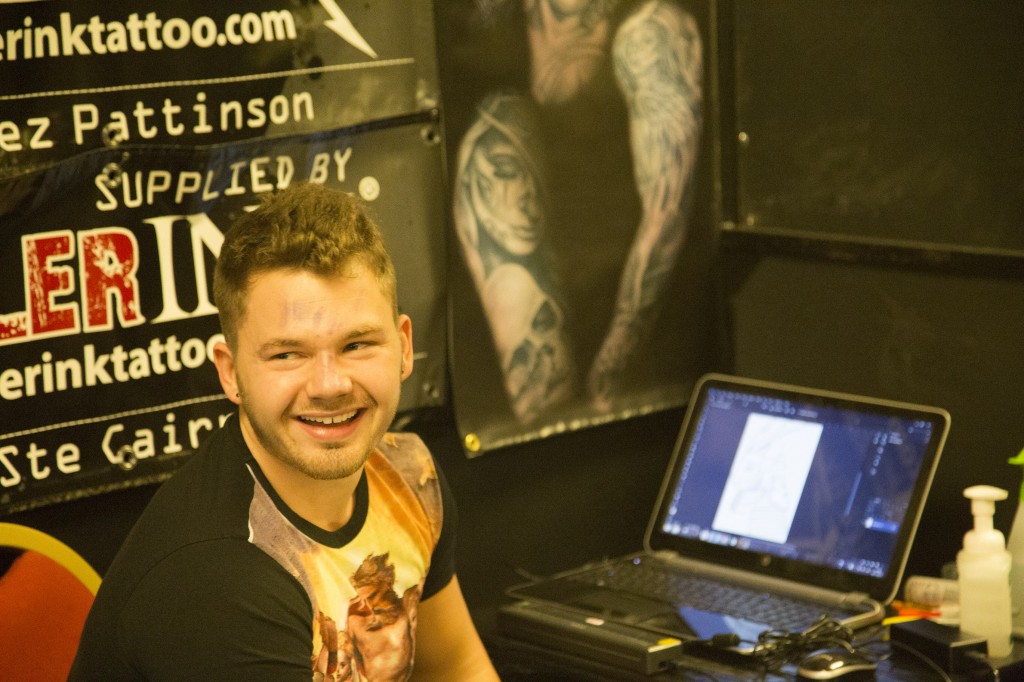 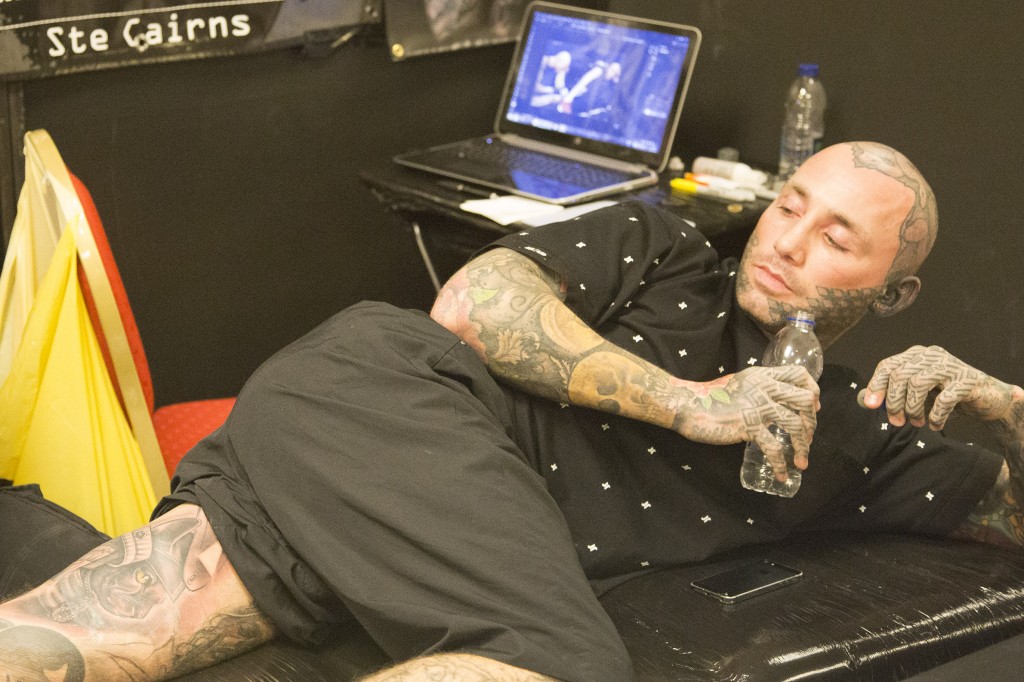 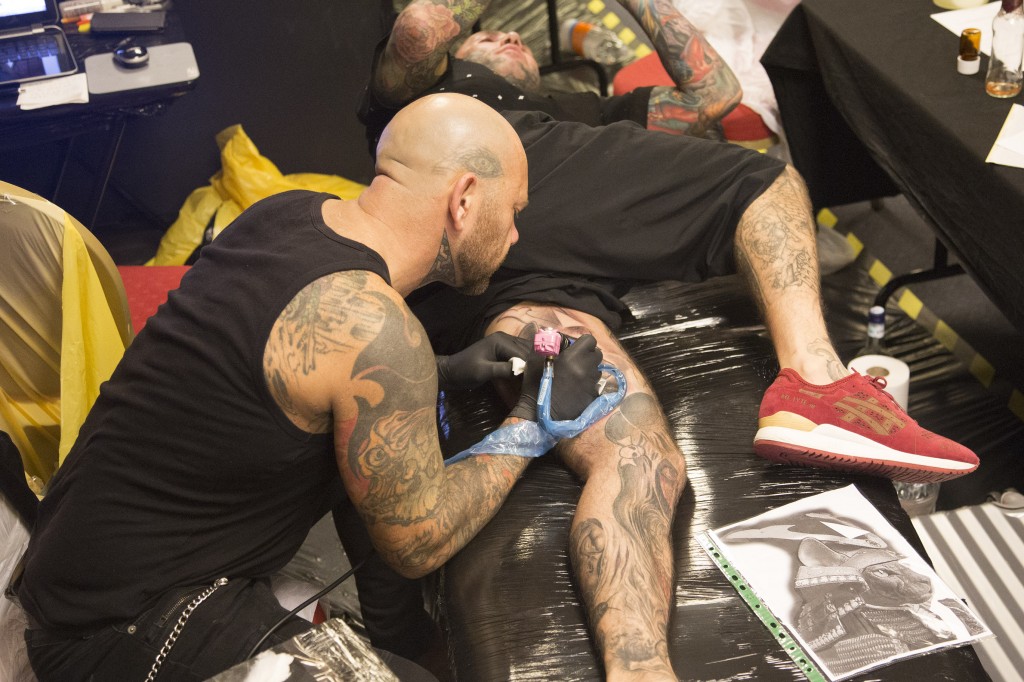 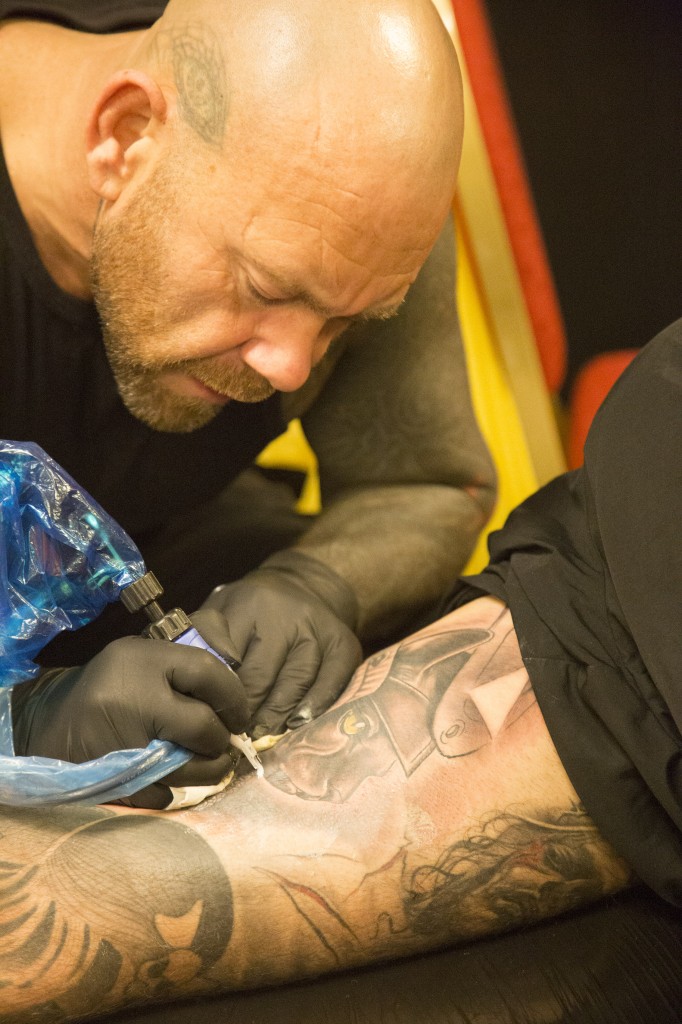 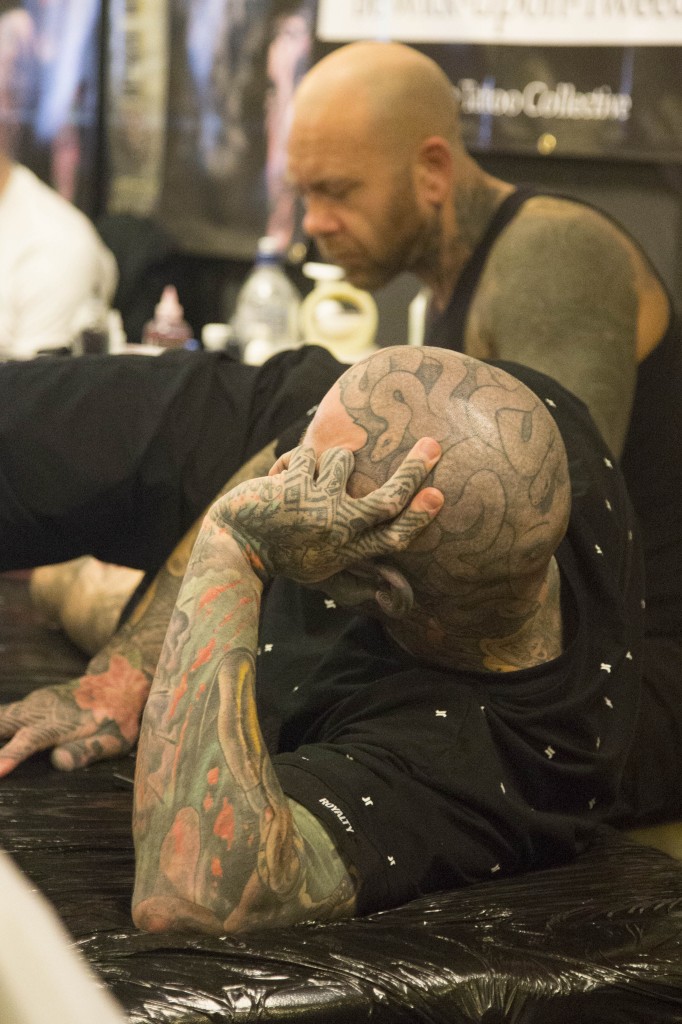 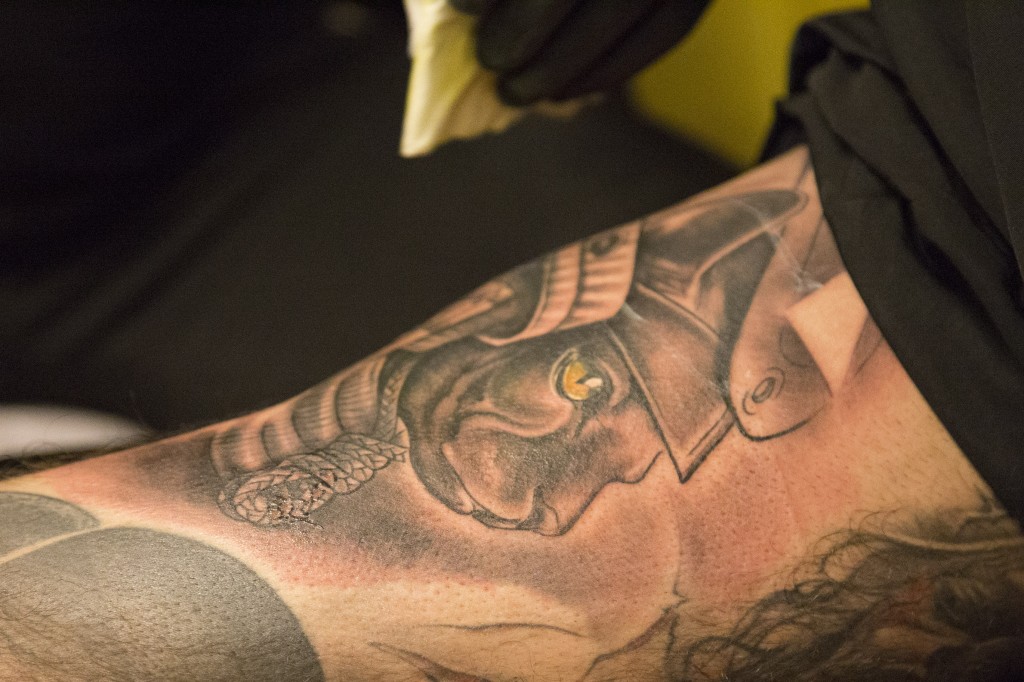 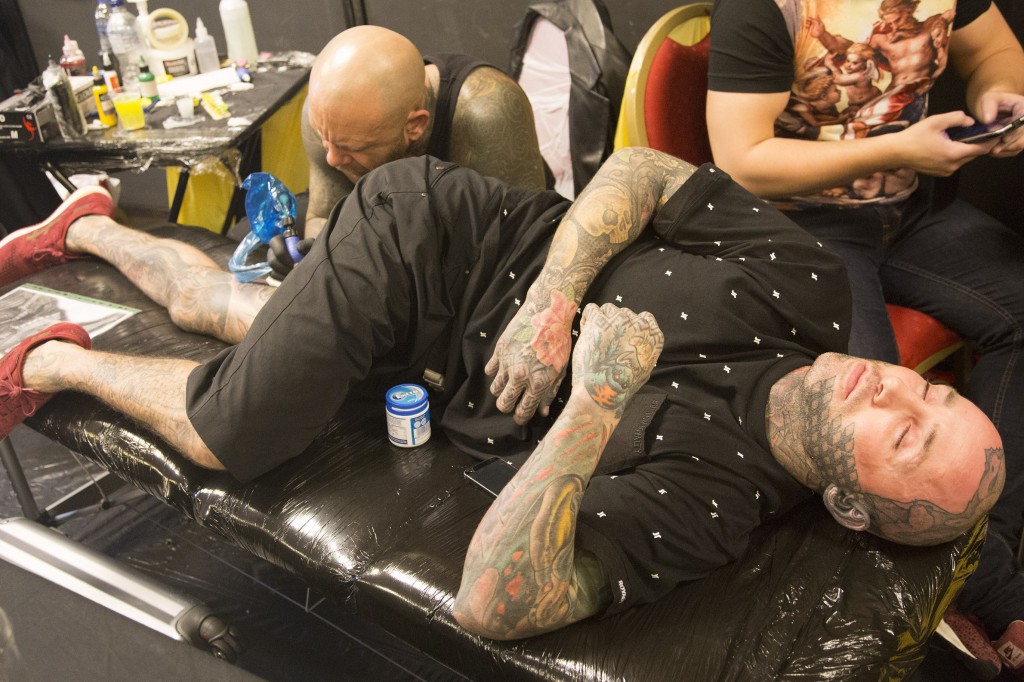 5 hours later feeling sore & tired, but what an amazing 24 hours we had.
It’s not what your doing, it’s the people you surround yourself with that can make or break a situation. 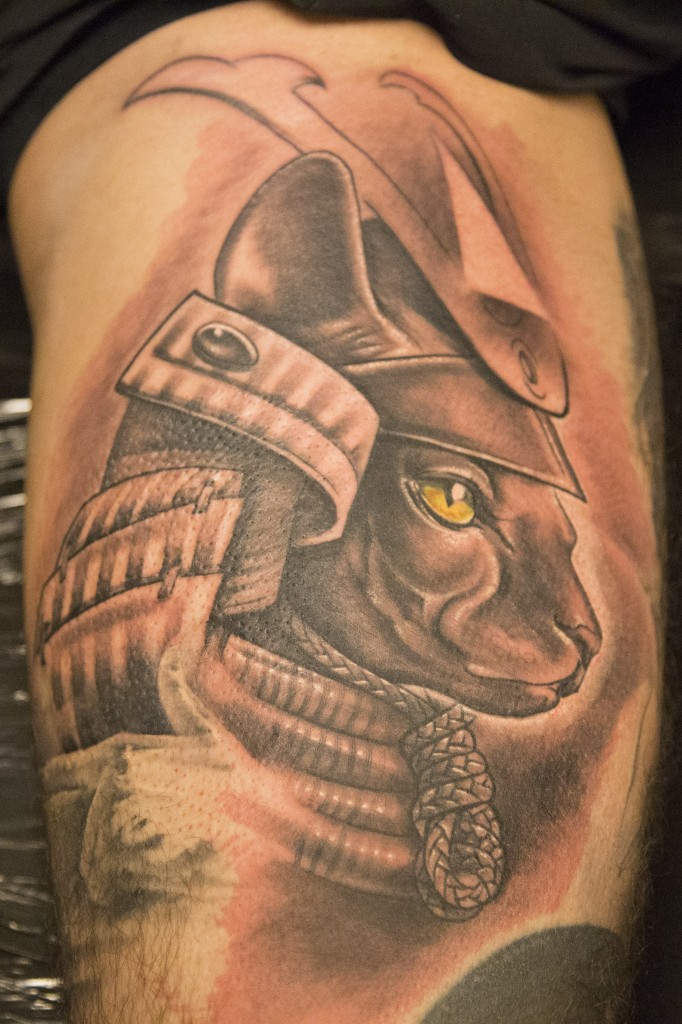 The truth isn’t always nice, but it is always necessary. Be strong, face up to it & STAY REAL! 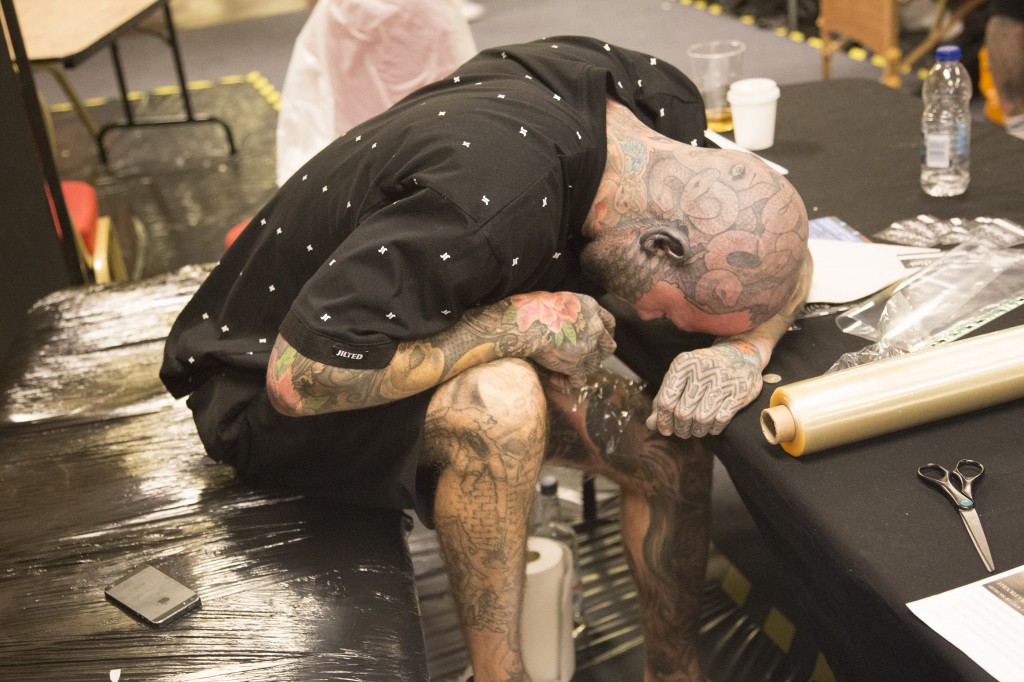 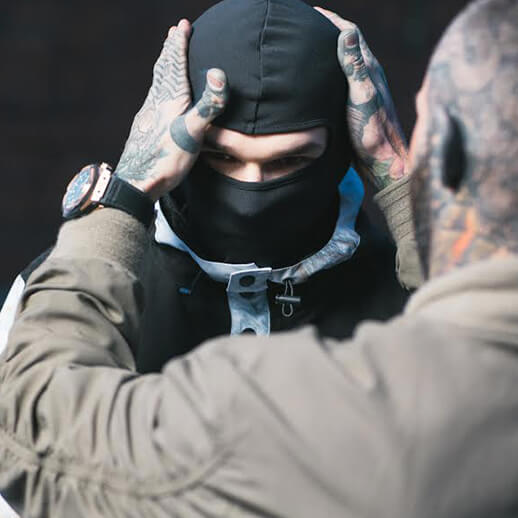